To learn more about Wreaths Across America, or to donate for next year, please visit:

Wreaths across America to honor veterans, including five local heroes that made the ultimate sacrifice

By Shaun Szkolnik For the Trussville Tribune

TRUSSVILLE — On Dec. 15 at 11 a.m. a ceremony will be held at Trussville’s Jefferson Memorial Gardens to remember and honor departed veterans for their service to country and community.

“It is a national project,” said veteran and president of the local Fleet Reserve Association, Wayne Odell. “It started at Arlington National Cemetery. The goal is to put a wreath on every veteran’s grave throughout the country. We here in Trussville are very fortunate to have all active duty recruiters to lay the wreaths for each branch of service. We have the Alabama Artillery to fire the cannon.  This year we’ve added bagpipes.  We will have someone come and play taps also.”

The project, known as Wreaths Across America, coordinates and facilitates such events all around the country.  Their mission is to ensure that those who gave all are never forgotten.

Jefferson Memorial Gardens in Trussville is the resting place for five young men from the local community who made that ultimate sacrifice.

“The five KIAs that we have here are Jason Stegall from Hewitt Trussville High School, he was killed on December 14, 2009,” said Odell. “He has a Bronze Star and a Purple Heart; he was two months and 14 days short of his 31stbirthday.”

“Michael Wesley Hosey, he was killed September 17th, 2011.  He was a student at Clay Chalkville high school.  He received the Bronze Star, he was 27.”

“Kelly Stevin Prewitt, killed in action April 16, 2003.  A student of Cathedral of the Cross in Center Point. He was awarded the Purple Heart. His age was 24.”

“Jonathon Millican was killed in action on January 20th, 2007.  He attended Locus Forks High School.  He was awarded the Silver Star and Purple Heart.  He was 20 years old.  Those are our five KIAs that are buried here in Trussville.”

Including these five heroes there are approximately 2000 veteran’s buried at Jefferson Memorial Gardens in Trussville.  Providing a wreath for each one presents a challenge; however, the public and local business can help Wreaths Across America to accomplish their mission by purchasing wreaths that may then be placed on the graves.  The wreaths can be purchased at Three Hots and a Cot, an organization dedicated to helping homeless veterans get back on their feet, at 2124 Old Springville Road. 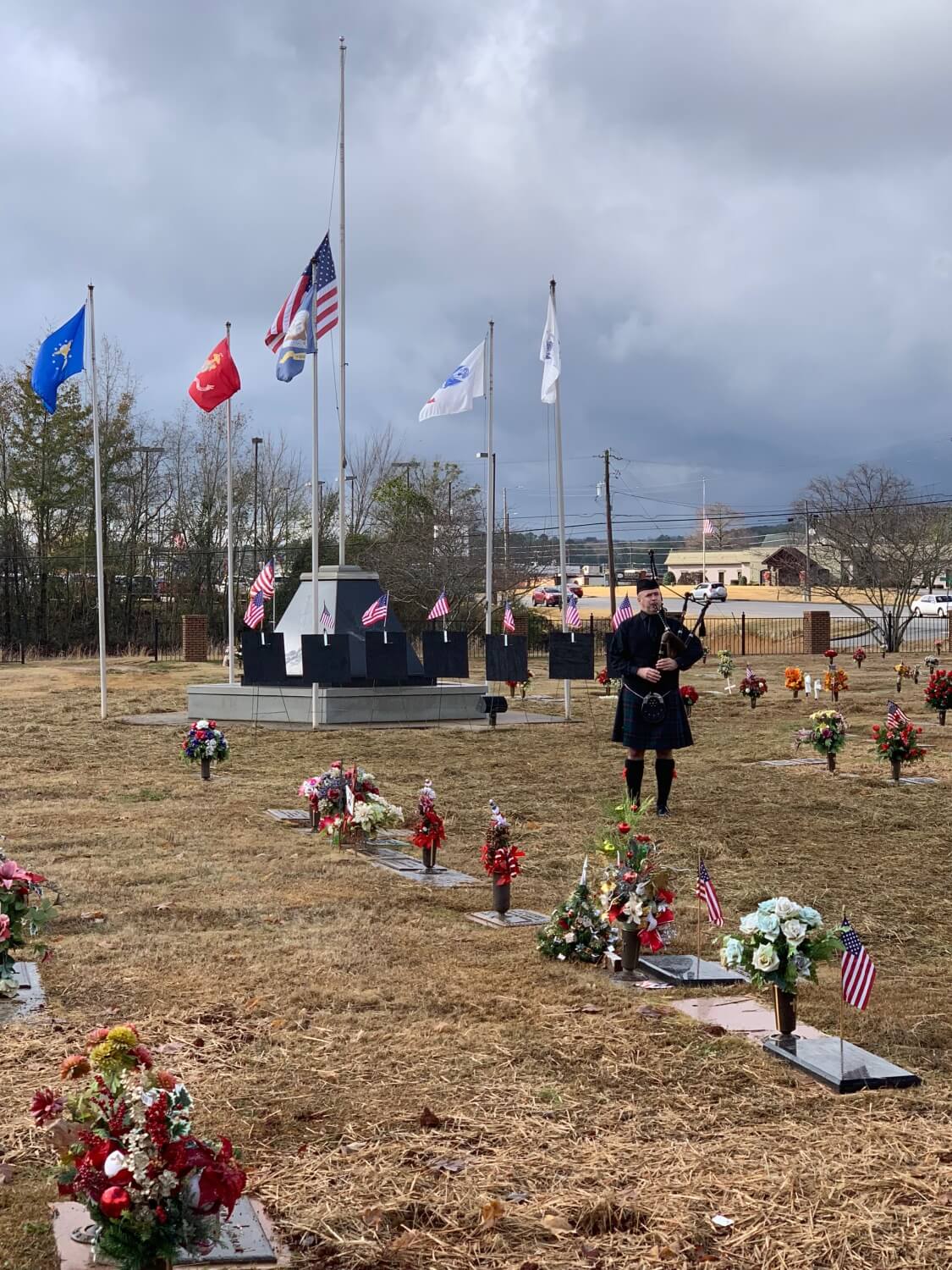 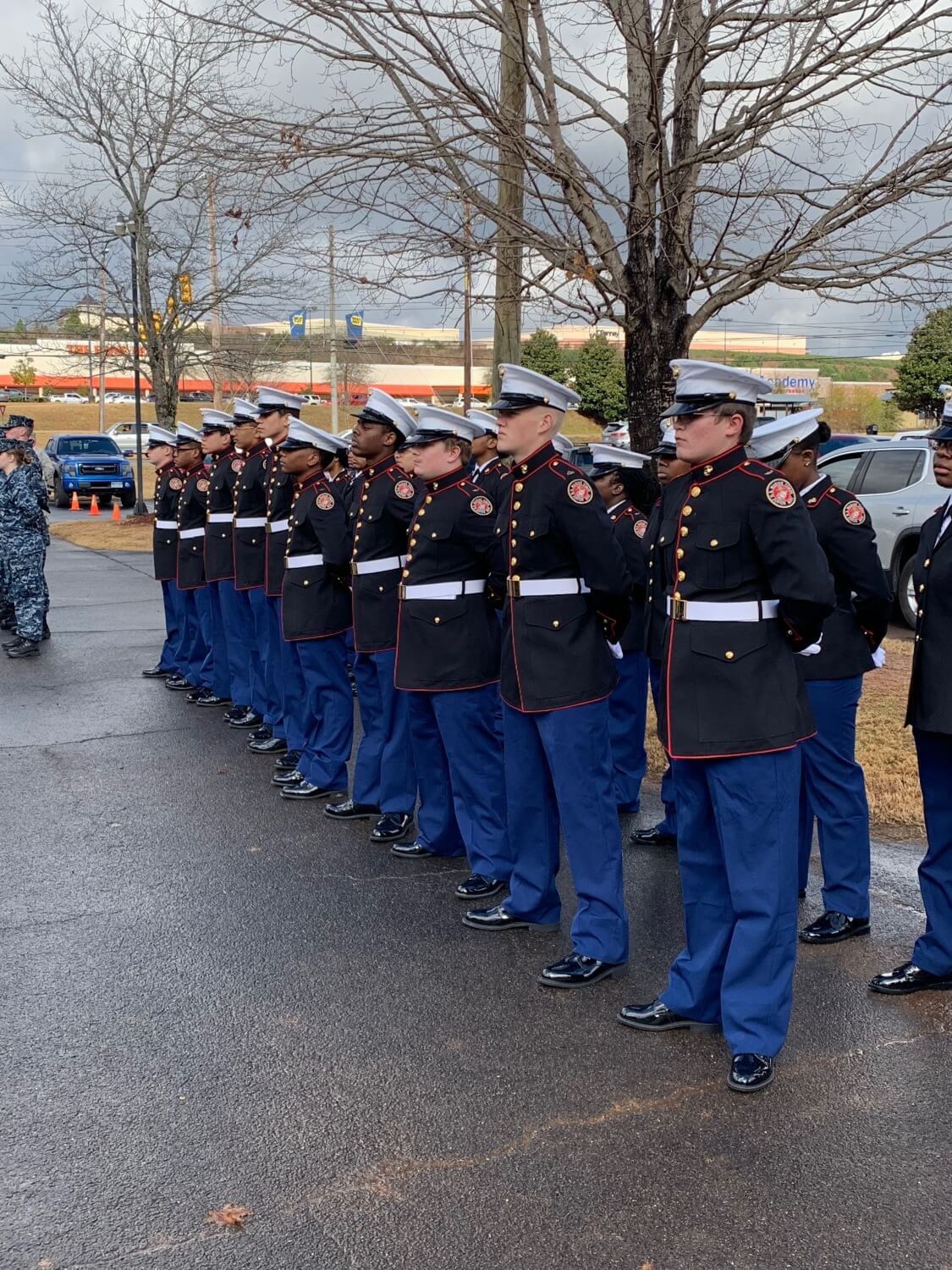 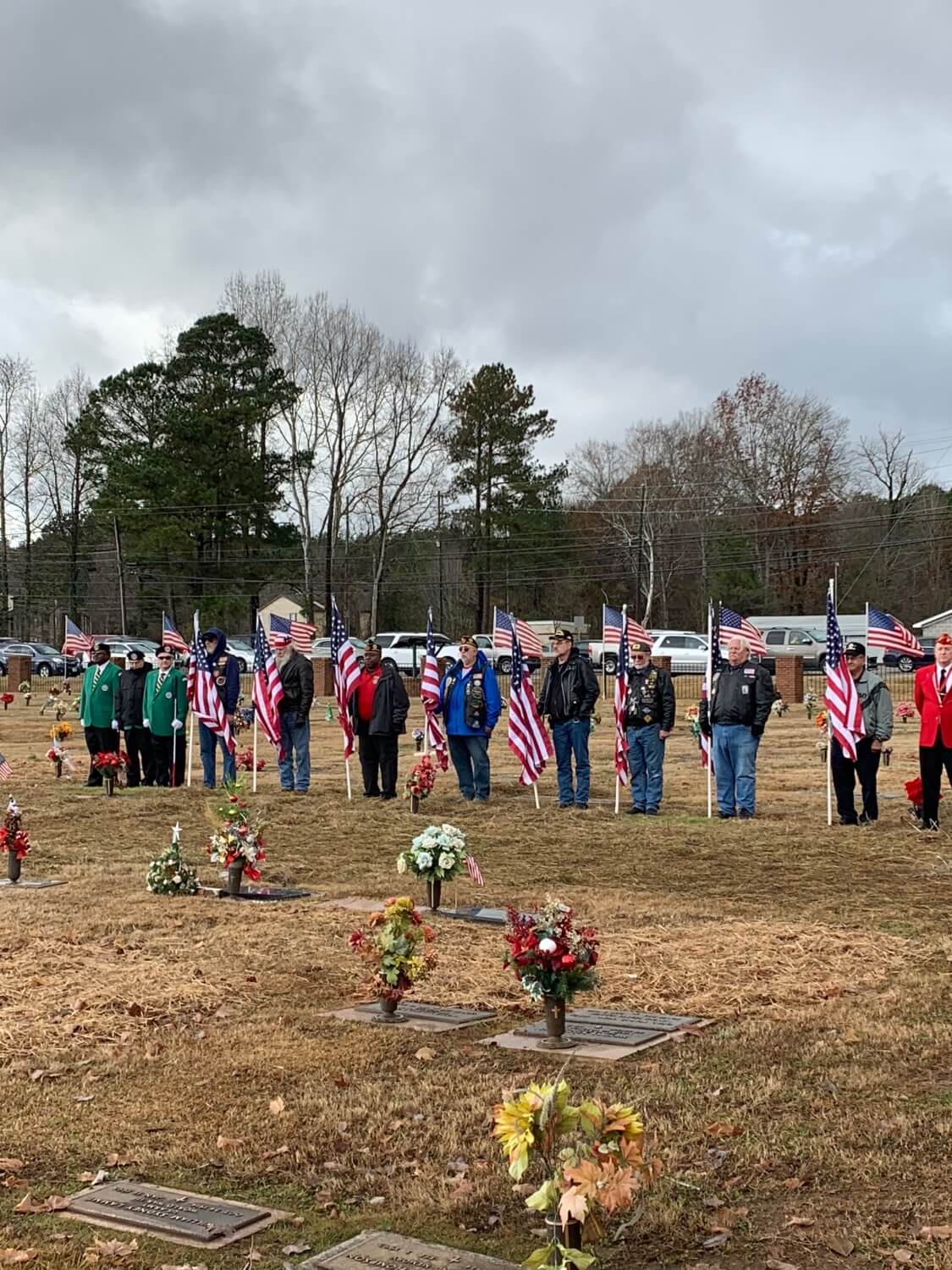 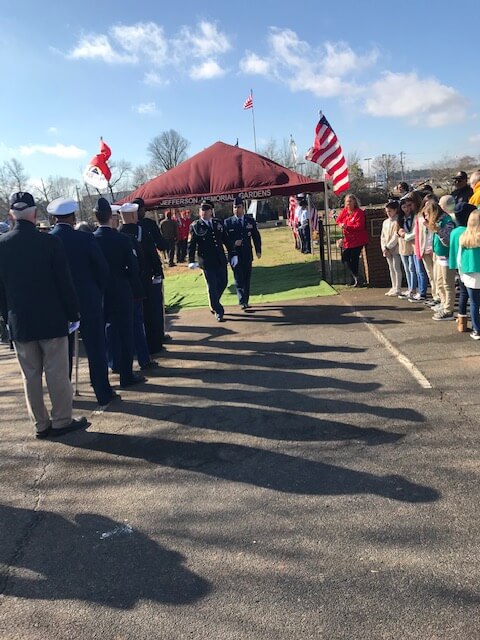 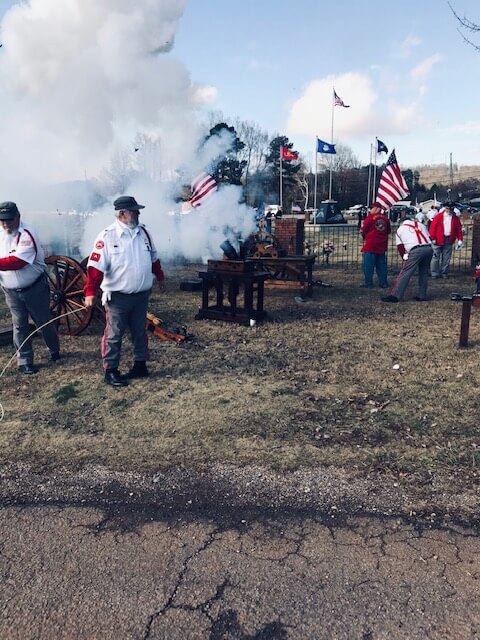 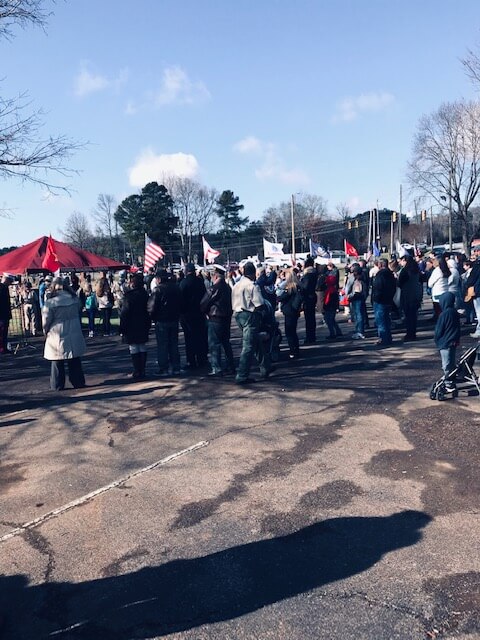 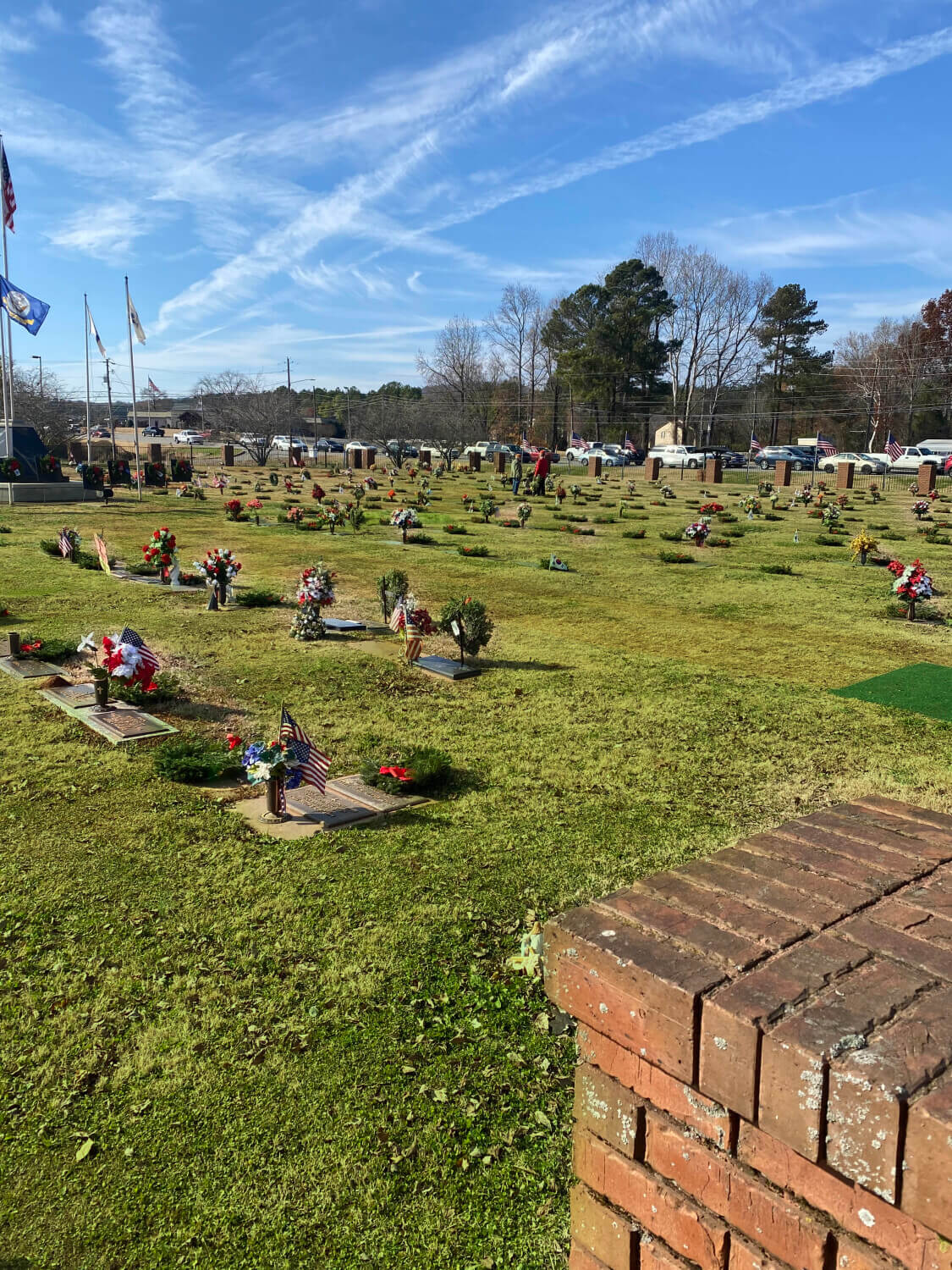 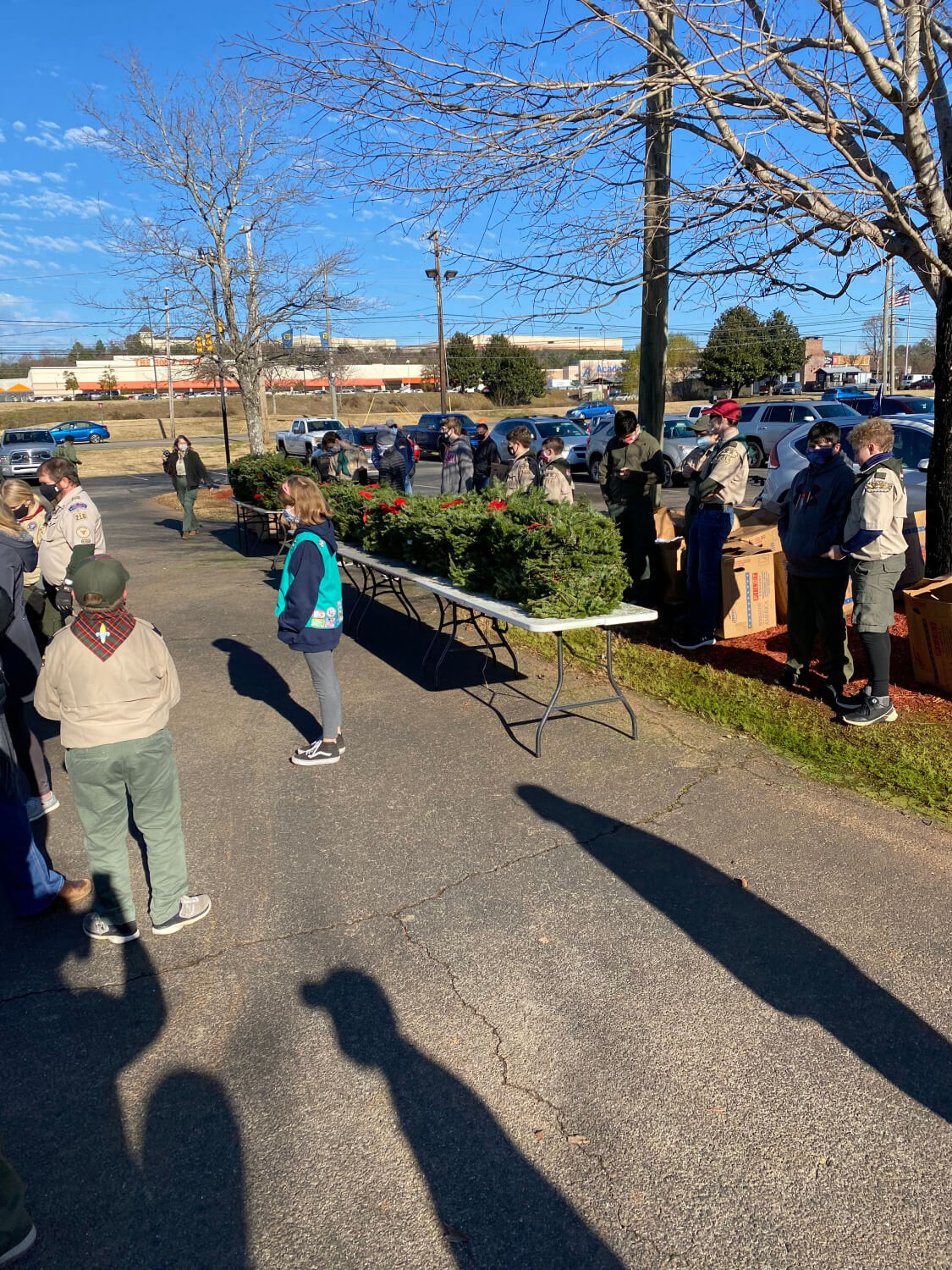 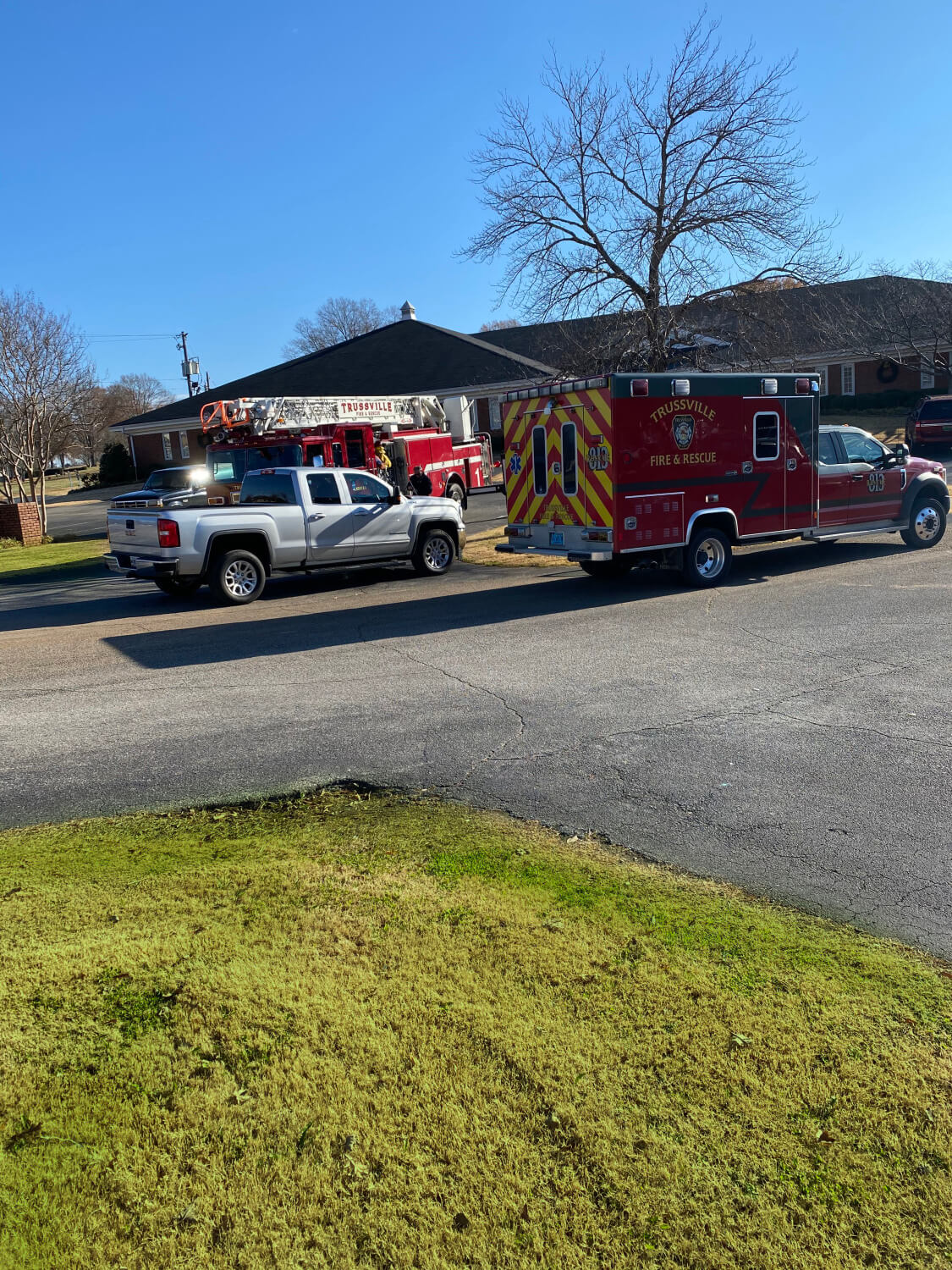 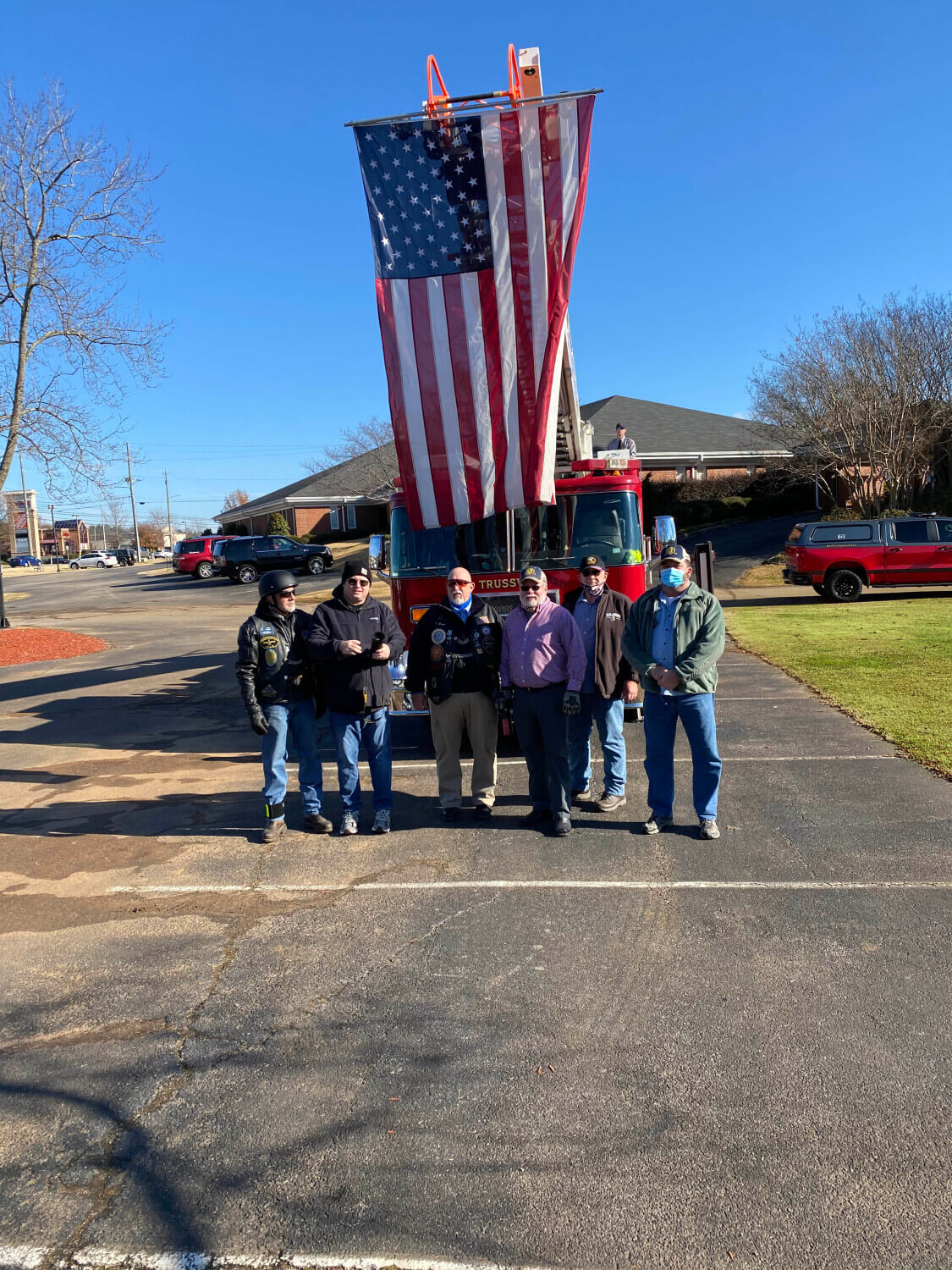 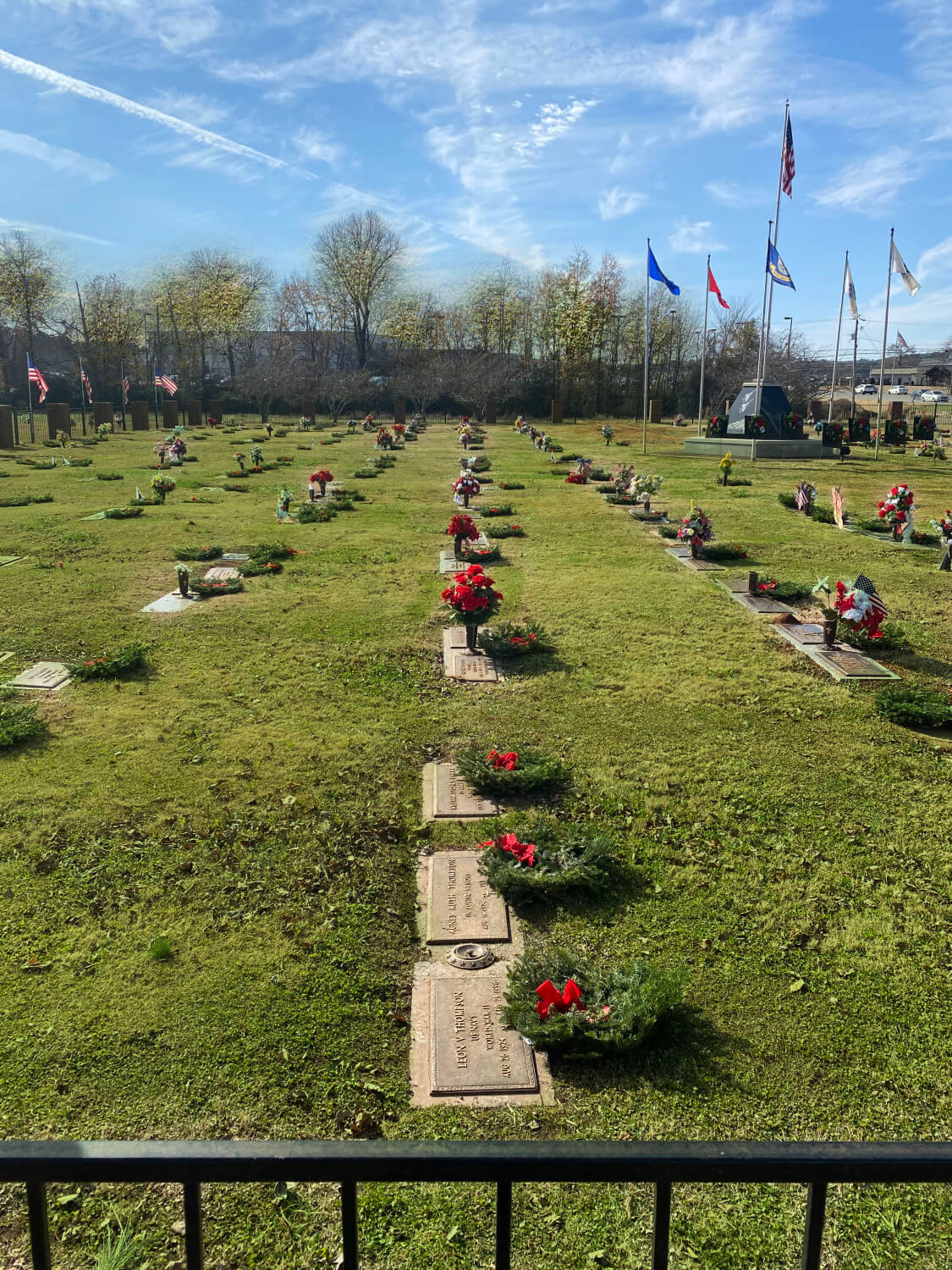