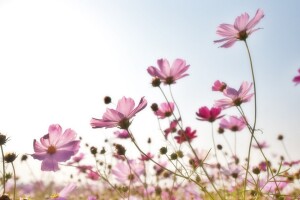 Mary Ann (Barton) Schatz of Clear Lake City, Texas, passed away on Saturday, June 18, after a short and courageous battle with lymphoma.

She was born in Birmingham, Alabama, on March 10, 1936 to Robert and Celeste McGraw Barton. After graduating from high school in 1954, she graduated from Auburn University in 1958 with a degree in Education. She continued her pursuit of higher education and graduated from the University of Houston with a Master's Degree in Accounting. While at Auburn, in 1956, she met her future husband, R. Carl Vitu Schatz, who was also an Auburn student. They were married July 11, 1959.

Mary Ann and Carl lived in Alabama, Virginia and Florida in their early marriage. They settled in Clear Lake City, TX in 1975. Throughout Mary Ann's life she held a number of jobs. Until her recent hospitalization in May, she worked fulltime for the last 44 plus years at the Clear Lake City Water Authority as their Capital Projects Bookkeeper. Her dedication to the Water Authority was unparalleled.

Mary Ann was a member of Clear Lake United Methodist Church where she sang in the choir and taught Sunday School. She loved to travel. Together with Carl they traveled throughout North America, Europe, Africa, and Australia. She became an avid bargain hunter and she loved to haggle. Weekends were spent at various collectable shows, estate sales and flea markets where she loved to search for her treasures as much as talking to the people around her. Schatz clocks were just one of the treasured finds. Mary Ann loved all of God's creatures. She had many dogs and cats of her own as well as snakes, chickens, and birds with her children as they grew up.

Mary Ann felt her greatest accomplishment was her children, Steve, Brian and Lisa. She is survived by son Steven Barton Schatz (Lynnae) and grandchildren Hannah (Joshua) Macon and Nathan; son Brian Richard Schatz and grandchildren Autumn and Logan. She is also survived by many cousins, her sister-in-law, Beverly Ann Smith, Beverly's children and their families. In addition to her husband, she is predeceased by her daughter, Lisa Lynn Schatz, her father and mother, and her sister, Martha Celeste Brantley.

A Memorial Service was held on June 23 at the Clear Lake United Methodist Church. Visitation will be held on June 28 from 5-7 PM at the Jefferson Memorial Funeral Home & Gardens in Trussville, Alabama, followed by a Graveside Service on June 29 at 10 AM. In lieu of flowers, please consider a donation to MD Anderson (1515 Holcombe Blvd, Houston, TX 77030) or your charity of choice.

To send flowers to the family or plant a tree in memory of Mary Ann (Barton) Schatz, please visit our floral store.

A Memorial Tree was planted for Mary

Join in honoring their life - plant a memorial tree